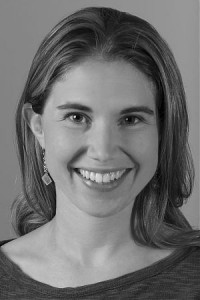 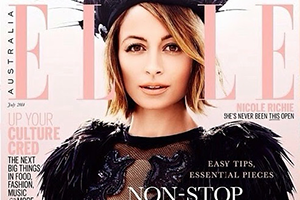 An insider tip: Chinese herbs taste like dirt. Well, at least my particular blend did as I choked it down on a hot spring day. I’d followed the preparation instructions given to me by a herbalist in the hope it would cure the painful, cystic acne that had plagued my back for months. Diligent sipping, I was told, would start to clear it within two weeks. The mercury nudged 32 ̊C and I was drinking a cup of boiling dirt. Desperate times, I thought, call for desperate measures.

Six months earlier, I stopped taking birth control pills (parting ways with it after 12 years), and quickly noticed a sprinkling of spots on my upper back. Within two months I had fully fledged “bacne”, the nodules painful to touch and impossible to extract. My GP declared the lesions a stubborn rash and I downed one round of antibiotics, then another, before my doctor, mystified, referred me to a dermatologist. It was acne, he confirmed, handing me a script for Doxycycline – yet another antibiotic. When it failed, I saw a second derm who suggested I consider Roaccutane.

The serious side effects of the drug frightened me and, at 27, I felt at war with my body. Was ditching the pill really causing my skin to go haywire? And where the hell was my period? I sought out yet another dermatologist, and found myself face down on a mattress in his Brisbane office. “Have you been getting hairy?” the doctor asked. He wasn’t inquiring if I’d missed a wax. The acne, he thought, could be the upshot of polycystic ovary syndrome (PCOS). He ordered an ultrasound and a week later I was officially diagnosed with the condition.

A hormonal imbalance in which excess male hormones disrupt ovulation, PCOS affects an estimated 12 to 18 per cent of Australian women of reproductive age. It can be treated but not cured and the disparity in symptoms makes diagnosis difficult.

“Usually, it presents itself as a combination of absent or irregular periods and abnormal hormone production,” says Dr Sonia Davison, an endocrinologist with women’s health organisation Jean Hailes. “Too many male hormones, such as testosterone, are produced, which may lead to excess facial or body hair growth, acne and, in some women, scalp hair loss.” She notes that many women with PCOS also struggle with extra weight and others have problems becoming pregnant.

Treating PCOS is as complex as the condition itself, but apart from lifestyle changes in overweight women, the pill, which effectively switches off the ovaries, is often the first line of defense.

Anxious about going back on the drug I’d just come off, I took a friend up on her suggestion to see an acupuncturist and Chinese herbalist. Traditional Chinese medicine, or TCM, is an ancient practice that consists of a range of healing methods including herbs and acupuncture. According to TCM theory, a person is healthy when the body’s energy is in harmony. When disruption to the natural state of energy occurs, the body becomes susceptible to disease. TCM has been around for more than 2,200 years and is used to help treat a wide variety of ailments, including PCOS, endometriosis, PMS, fibroids, uterine bleeding and infertility.

“Diagnosis is made by assessing the symptoms of the patient, as well as their tongue and pulse, and other aspects of their lifestyle such as sleeping patterns and diet,” says New York-based acupuncturist Jessica Silver. “TCM aims to restore balance to the body by treating the energy imbalance, which is the root cause of the problem.”

As I climbed the stairs to Maria Berry’s Brisbane practice, I half expected a scene from Harry Potter, with shelves of potions and reptiles in jars. Instead, the space was clean and minimal, and Berry wasn’t the doddering witch doctor I’d conjured up either. Eloquent, self-assured and contagiously calm, she studied in China and has also worked in Hong Kong and at a clinic in London’s Harley Street. She analysed my ultrasound results, quizzed me on everything from my periods to my sleeping patterns, and poked me with a few acupuncture needles, sending me off 90 minutes later with a tub of pungent herbs.

My body, it turns out, was definitely out of balance and I wasn’t ovulating each month. “With PCOS, the follicles containing the egg don’t ripen, and instead of being released to be fertilised, the immature follicles stick to the ovary, forming a cyst,” says Berry.

She used a combination of herbs to invigorate my blood, help dissolve cysts on the ovaries and boost circulation. While hormonal contraceptives like the pill use synthetic oestrogen and progesterone to override the body’s own hormones and often prevent ovulation, Berry’s script, altered fortnightly, didthe opposite. Her goal was to restore mynatural cycle so my body could ovulate and convert hormones on its own.

My acupuncture sessions were relaxing, despite my initial squeamishness about needles. Berry targeted points on my abdomen and legs, tapping into a “pathway” in the female body that travels from the feet, through the ovaries, over the chest and along the jawline. By maximizing blood flow along this pathway, the herbs were able to circulate more readily through my body, encouraging my natural hormones to surge and, eventually, find equilibrium.

Though I moaned about the herbs’ flavour (“They don’t really taste like dirt, they’re earthy,” insisted Berry), there was no doubt they worked. For three months, I saw Berry fortnightly for the acupuncture and to collect the herbal concoctions, which I drank obediently, morning and evening – and six weeks into my treatment, only a few rogue spots remained. A few months later my periods were regular, I suffered only minor cramping and PMS, and the acne was cured, without antibiotics or creams, and with no trace of scarring. I was a TCM success story – and I’m not alone.

Amanda Johnson, 31, turned to TCM at 27 after the medication she was prescribed to induce ovulation and treat PCOS failed. After three months of taking customised herbs and twice-weekly acupuncture sessions, her cycles increased from every 75 days to every 35 days and, though she still required IVF to fall pregnant a few years later, she credits TCM for helping her achieve a successful pregnancy.

“My acupuncturist was interested in treating me as a whole person, rather than focusing on one symptom,” says Johnson, who continued acupuncture during IVF treatment and now has healthy 14-month-old twin boys.

A study published in the American Journal Of Physiology – Endocrinology And Metabolism in 2011 found that acupuncture improved menstrual frequency and balanced hormones in women with PCOS. But it’s trickier to measure the effectiveness of Chinese herbs, according to Silver.

“Since TCM theory differs so greatly from the Western model, it’s hard to prove that it’s effective through the different paradigm of medical studies,” she says. “The main issue is the idea of medical trials treating each PCOS patient using the same treatment protocol. TCM tailors individual treatment depending on the energetic imbalance of each case.”

The approach has its detractors, and Dr Martin Ritossa, spokesperson for The Royal Australian and New Zealand College of Obstetricians and Gynaecologists, says the pill is still one of the most effective weapons against PCOS and can, in some cases, improve hormonal symptoms in the long term. While many doctors support the use of acupuncture if it provides “symptomatic relief”, Ritossa says most gynaecologists “have a healthy scepticism to alternative medicines”.

As for me, my acne never returned and my periods have remained regular since my sessions with Berry. She credits this to the body’s tendency for homeostasis, or self-regulation, once internal variables are balanced.

“If no obstruction occurs to the process, the treatment will keep working,” says Berry, who advised me to stay active to ward off sluggish circulation and avoid hormonal contraceptives that will stamp out my own hormone production. Since PCOS is chronic, there’s a chance I may be back on the earthy blends. But what was once a desperate measure is now relief in a mug – and I’ll drink to that.